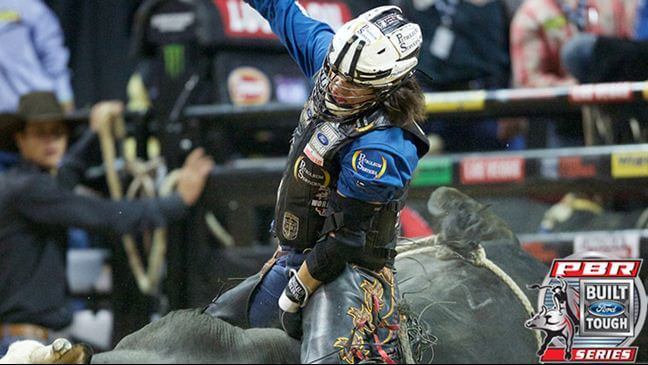 The new year could not have started any better for Stetson Lawrence. Through the first five PBR rides of the 2018 season, Lawrence has had the most 90-Point rides.

Just a few months ago, Lawrence was competing in his 5th consecutive PBR World Finals, with a torn groin. After his 84 point ride on Up and In in Round 1, Lawrence felt even more pain. It turns out Lawrence tore the rest of his groin off his bone.

“I shouldn’t have even went,” Lawrence told PBR.com “But it is the Finals. I knew I could ride that first bull for sure. I was just gambling on that and gambling on how I felt for the rest of the week.” Stetson took a deserved month off after the World Finals to focus on strength and rehab.

Thankfully, Stetson’s injury did not require surgery. Lawrence worked heavily on getting his groin back to 100% with the use of resistance band training. Stetson also exercised his cells with Pulse Centers PEMF.

T.K. Lawrence, who is a barrel racer, and Stetson’s wife moved to Bowie, Texas, ranch so T.K. can focus on her rodeo and not have to travel out of their current residence in North Dakota.

There have been many predictions that Stetson could come out on top as the dark horse at the PBR World Championships. If he keeps competing the way he has, he will soon become the favorite. “I hope Stetson can have an entire year where he does not get hurt,” Lambert said at the time. “I have always been high on Stetson because I see the talent and I see the effort. He has a feel and a rhythm on bulls. I saw the work ethic because I saw the physical shape he got himself in.”

Lambert also noted that he earned an immense amount of respect for Lawrence when he offered to drive Jess Lockwood, 20 year old world champion, across the country and back home after he got in a nasty injury.

Products featured on this website have not been evaluated by the FDA and are not intended for use as medical devices. Neither PEMF systems nor PEMF accessories diagnose, treat or cure any diseases, illnesses, medical conditions, or injuries. If you are experiencing symptoms of any medical condition, you should seek the advice of your licensed healthcare provider immediately.