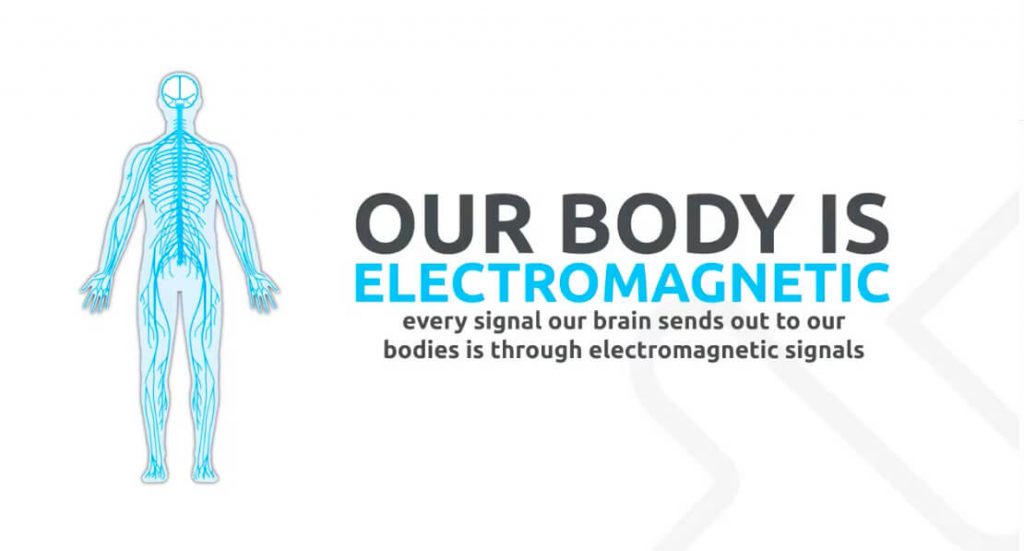 While cruising a bookstore in the late 1980s, seventeen-year-old Michael Levin (who had immersed himself in university-level physics and biology since he was eight),  was drawn to an intriguing title, The Body Electric, a book that would set him on the path of his life’s work studying bio-electricity and regeneration.  You can purchase the book on Amazon here.

Before its publication in 1985 there was little acknowledgement of the extent of the  bioelectric characteristics of the human body. The book, co authored by Robert Becker, M.D. and Gary Selden was unlike anything previously published on the subject.  It achieved landmark status, and the late author/surgeon went on to become a recognized pioneer in what was then an obscure and neglected field of science.

It charts the evolution of medical history as well as the neglected experiments of the early 20th century that suggest the important role electricity plays in the body.

From physiology, to his discovery of the DC current of the nervous system, the semi-conductivity of bone, and biorhythms, the reader shares in the excitement of his discoveries in regeneration, and the amazing healings he was able to accomplish. Without flinching he comments on the politics and ego that has prevented cutting edge research from even making it to practitioners’ attention.

He draws attention to the negative ramifications  of man-made electropollution from power lines and correlation to disease. Some have alluded to the eccentricities of the book–the Los Angeles Times implied that Becker thought his work was critical for human survival, prompting the paper to note he “sometimes sounds paranoid.”

But the inspired young Michael Levin went on to chase down every study and paper referenced in the book resulting  in a “masterclass” of the pioneering work of the small group of scientists devoted to the intrinsic electric signals of the body. It’s been called  “arguably the most extensive bibliography of research into bioelectricity”.

Decades have passed but he still remembers learning as a very young man that ‘frequency’ can describe everything from radio to light to gamma rays– and that it is one of “the most beautiful concepts ever”.  It led him to believe that “living things must be able to take advantage of the laws of physics, not just chemistry”.

Levin went on to identify the genetic pathway that determines how cells in a chick embryo know to put the heart on the left side of the body. His observations of the movement of chemicals reminded him of the movement of a charge in a battery-driven circuit.

“If I have seen further it is by standing on the shoulders of Giants” is the humbling metaphor for the discovery of truths built on the previous discoveries of others.

Today, Levin’s study of the electrical properties of cells and how voltage changes might be the signal that triggered regeneration in Becker’s experiments could identify the secret to regrowing limbs by controlling the flow of charge across cell walls.

The blueprint of a tadpole’s face appears before genes are even turned on–it  fades, and then the ghost of features begin to assemble.

Collaborator Dany Adams believes that the flashes of light represent a series of switches being flicked on at different voltages. When a cell reaches a certain voltage, she says, the activity of the cell’s genes changes, triggering a chain of events that lead to an eye or a nose or a mouth.

Below is a snapshot of some of the titles on Levin’s bookshelves at the Allen Discovery Center at Tufts, and Tufts Center for Regenerative and Developmental Biology Morphological and behavioral information processing in living systems where Professor Levin is Director.

The Physiology of Bioelectricity in Development, Tissue Regeneration and Cancer By: Pullar

Ionic Currents in Development  By: Nuccitelli

International Review of Cytology: A Survey of Cell Biology By: Bourme, Jeon, Fredlander

Bioelectric Fields and Growth By: Lund

The Cellular and Molecular Etiology of Pattern Formation By: Stocum, Karr

Symmetry Breaking in Biology By: Bowerman

Products featured on this website have not been evaluated by the FDA and are not intended for use as medical devices. Neither PEMF systems nor PEMF accessories diagnose, treat or cure any diseases, illnesses, medical conditions, or injuries. If you are experiencing symptoms of any medical condition, you should seek the advice of your licensed healthcare provider immediately.